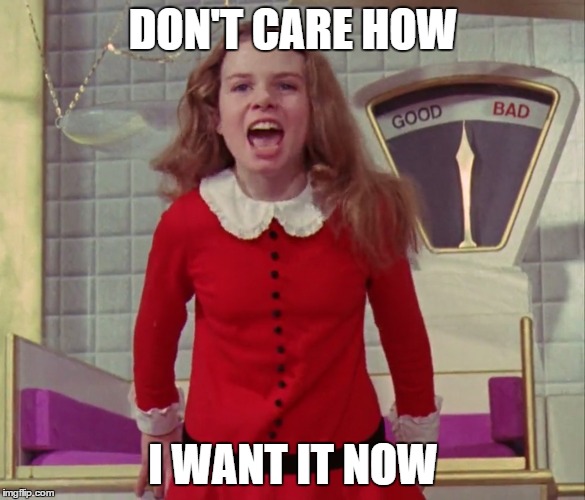 Do I like waiting for things? A casual study of my way of life would make it clear that no, no I do not. I self-published books 1-4 expressly because I did not want to wait for the world to ask for them. As a consequence, some may say that I rushed in half-cocked to the process and made a lot of mistakes in public. Those people are right.

What makes waiting even worse? Until I turn a book loose onto the unsuspecting public, it is only ‘real’ to me. There is no proof that I have done anything productive with my time. I know, I know, I don’t have to prove to anyone that I have actually been working, but try telling that to my insecurities.

So here’s the ironic situation I find myself in. I have, not one, but TWO unpublished books sitting on my metaphorical desk. The first draft of book 5 of the Spellbound Railway series was finished a few weeks ago (weeks? Sheesh. Time flew by.) And I have a 2nd draft, on the way to a 3rd and possible final draft of my super-secret detective thriller book.

If you’re wondering, those two books represent 2 years of work. Other than me, a total of about 5 folks have read the detective book. Not one other soul has laid eyes on book 5 yet. So much time, and fretting, and cussing has gone into these two novels that the outside world has yet to see.

I have never let a book sit un-released for a few months, much less a whole year. It’s unsettling. And now I have a second book needing exhaustive editing and revising. The to-do list is longer than it has ever been before. To tweak the pressure to get these blasted things out the door, there’s my self-imposed pressure/guilt about bringing home the bacon. Unpublished books don’t make money, honey.

But despite my natural inclination to slapdash my way to the end of a project, I am not going to hurry. I am going to act like a responsible adult doing business. Realistic timelines! Steady progress towards achievable goals! Proper nutrition! The detective book will get its next edit finished up in the next week or so. Then I will query a handful of publishers, to tell them that they need to publish this book. Maybe one of them will answer! Then it will be onto editing book 5.